We want to ensure your time on our site is enjoyable. That’s why we and our service providers gather visitor information with help from cookies. Cookies are used to analyse the use of the website, to communicate relevant marketing information and provide enhanced functionality. Of course, you can control what we collect. Adjust your settings below. 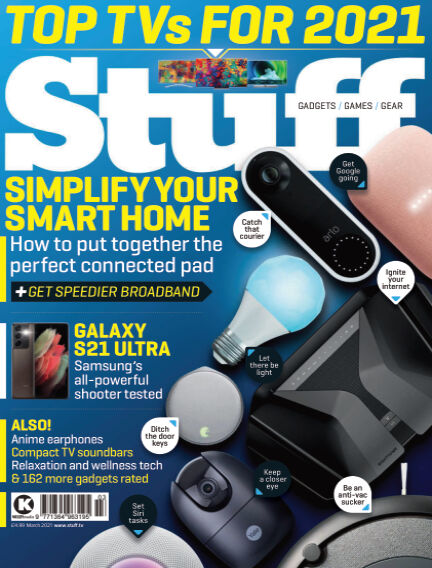 Enjoy Stuff magazine and unlimited access to over 5,000 magazines on your mobile and tablet. All the magazines you can read for just 10.99 USD a month.

Explore all magazines
2 weeks for free
About Stuff

Since 1998, Stuff magazine has been an oracle for a generation of tech addicts. It’s been a companion to its devoted readership through a decade and a half of technological change and has documented and explained every major tech trend that’s emerged. It’s surfing just ahead of the curve, smiling from ear to ear. Stuff covers everything from neat new apps to heart-stoppingly pricey electric supercars: as long as it’s interesting, disruptive, beautiful, crazy, or all of the above, it’s fair game. Its heartland, though, is hardware: smartphones, tablets, TVs, cameras and the smart, connected gear that’s gradually transforming the world.

Magazines for every moment.